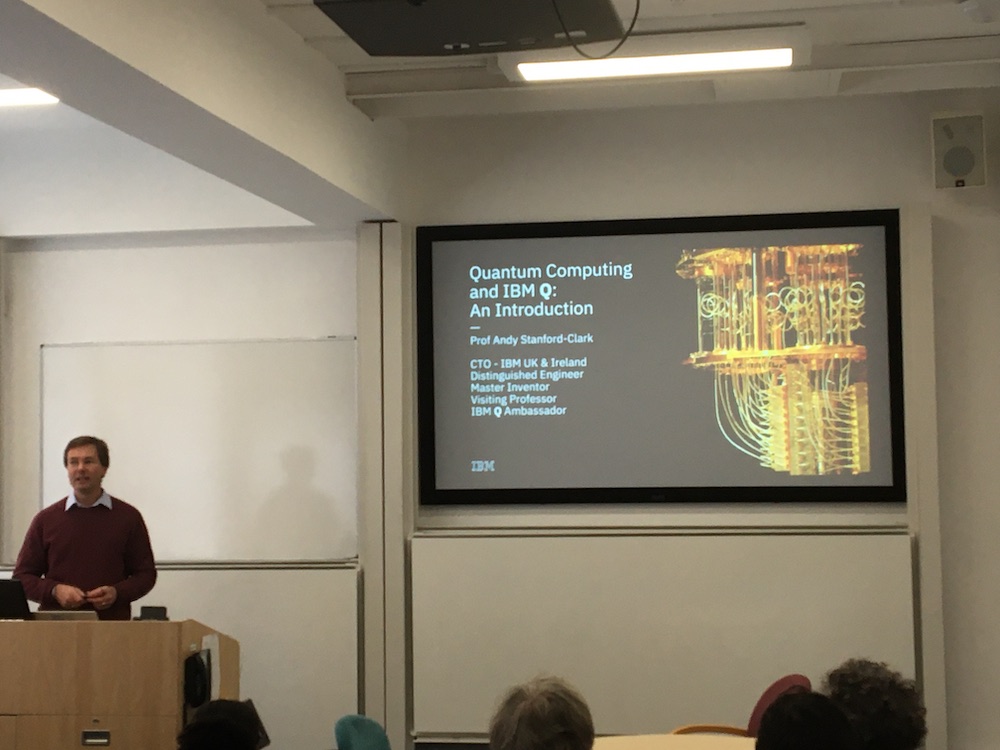 Andy’s talk introduced the mind-bending principles of quantum computing, give some history of the technology, and described potential application areas for quantum computers (notably including those relevant to AI3SD). He will take us on tour inside a real quantum computer, and explain how you can get free hands-on experience of IBM’s quantum computer, and start to learn how to program these exciting new machines. Whilst he was unable to leave his full slide deck with us, he has provided some useful links for anyone interested in leaning more about quantum computing. These links can be found here.