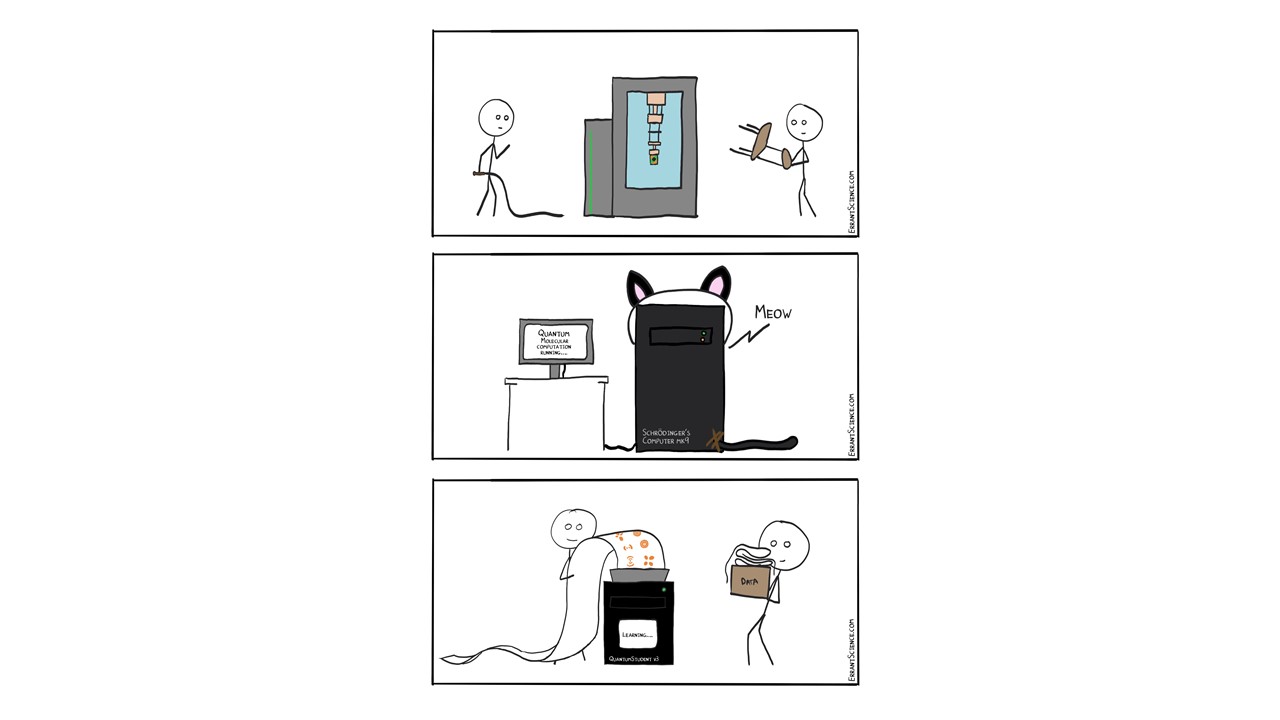 This event was the fifth of the AI3SD Autumn Seminar Series that was run from October 2021 to December 2021. This seminar was hosted online via a zoom webinar and the theme for this seminar was Quantum Machine Learning, and consisted of three talks on the subject. Below are the videos of the talk and speaker biographies. The full playlist of this seminar can be found here.

I am a senior lecturer in Computer Science at Cardiff University, where I am a member of the Visual Computing Research Section. I co-lead the Qyber\black international research network in quantum control, which arose from the Quantum Technologies and Engineering research priority area at Cardiff University, and the Healthcare Technologies Research Group at the School of Computer Science and Informatics. My research interests lie in control, machine learning and geometry applied in quantum technologies, visual computing, geometric modelling and healthcare. My teaching responsibilities cover individual and group projects and various programming techniques. See my website Ex Tenebris Scientia for recent results and full details.

Jules specialises in developing quantum machine learning methods for drug discovery with a focus on optimizing algorithm implementation on current / NISQ Quantum Computers. He is a Quantum Research Scientist at Rahko, and is currently completing his PhD at UCL under the supervision of Pr. J. Tennyson. Prior to this, Jules worked for 6+ years in financial services acting as regulatory and strategic advisor for global investment banks such Goldman Sachs, UBS and Citi Bank. He holds degrees in Mathematics, Quantum Physics, Law, Economics, Finance and Public Policy.

O. Anatole von Lilienfeld is a full university professor of computational materials discovery at the Faculty of Physics at the University of Vienna. Research in his laboratory deals with the development of improved methods for a first-principles-based understanding of chemical compound space using perturbation theory, machine learning, and high-performance computing. Previously, he was an associate and assistant professor at the University of Basel, Switzerland, and at the Free University of Brussels, Belgium. From 2007 to 2013, he worked for Argonne and Sandia National Laboratories after postdoctoral studies with Mark Tuckerman at New York University and at the Institute for Pure and Applied Mathematics at the University of California Los Angeles. In 2005, he was awarded a Ph.D. in computational chemistry from EPF Lausanne under the guidance of Ursula Rothlisberger. His diploma thesis work was done at ETH Zurich with Martin Quack and the University of Cambridge with Nicholas Handy. He studied chemistry at ETH Zurich, the Ecole de Chimie Polymers et Materiaux in Strasbourg, and the University of Leipzig. He serves as editor in chief of the IOP journal Machine Learning: Science and Technology and on the editorial board of Science Advances. He has been on the editorial board of Nature’s Scientific Data from 2014 to 2019. He was the chair of the long IPAM “UCLA program ‘Navigating Chemical Compound Space for Materials and Bio Design’” which took place in 2011. He is the recipient of multiple awards including the Swiss National Science foundation postdoctoral grant (2005), Harry S. Truman postdoctoral fellowship (2007), Thomas Kuhn Paradigm Shift award (2013), Swiss National Science professor fellowship (2013), Odysseus grant from Flemish Science foundation (2016), ERC consolidator grant (2017), and Feynman Prize in Nanotechnology (2018).