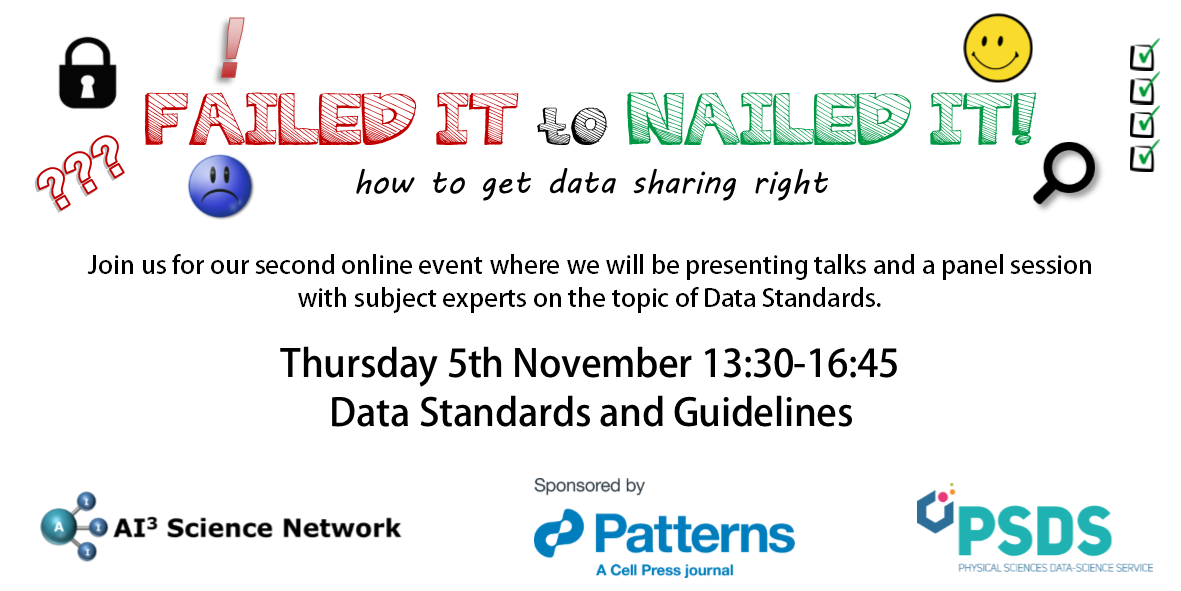 This event forms part of the ‘Failed it to Nailed it – Getting Data Sharing Right’ series. This series is run by the Artificial Intelligence for Scientific Discovery Network+ (AI3SD), the Cell Press Patterns Journal and the Physical Sciences Data-Science Service (PSDS). These events are a product of the data sharing survey we ran earlier this year.

Description
This event is the second of four events in our ‘Failed it to Nailed it – Getting Data Sharing Right’ series. This event aims to provide best practice advice on different types of data standards, including metadata, open data and linked data. There will be three talks by experts in these areas, followed by a discussion panel on data standards.

This event is open to all, whether you are involved in research, data management, data policies or any other area! While our talks may have a slant towards scientific research they are designed to be suitable for attendees from all domains.