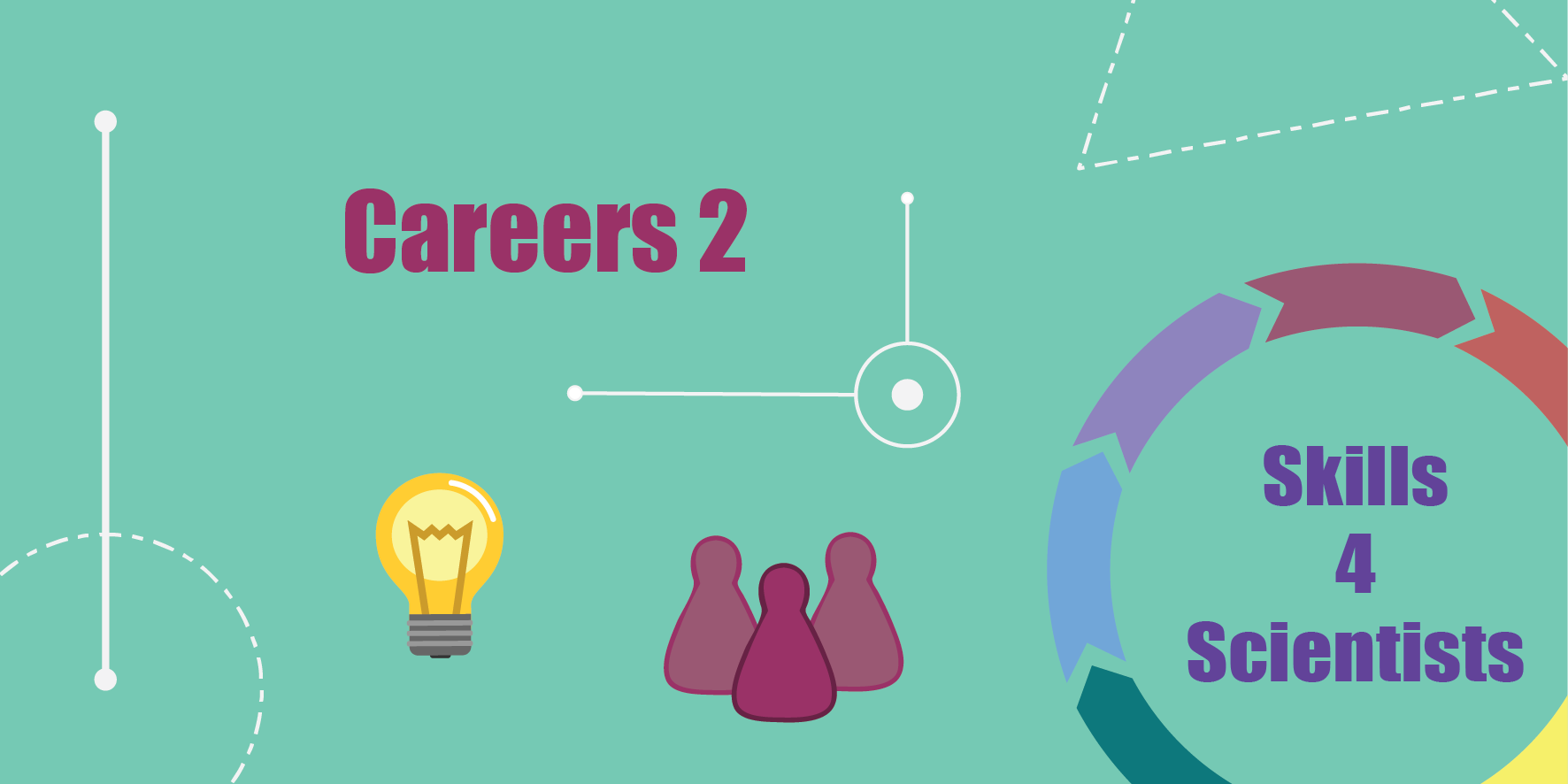 Description:
This event is part of the virtual Skills 4 Scientists series run by the Artificial Intelligence for Scientific Discovery Network+ (AI3SD) and the Physical Sciences Data-Science Service (PSDS). This session will provide insight into potential different career paths, including a panel session with ECRs talking about their different careers and a discussion on what the long term career of a chemist can look like.

Who is this event for?

This series of virtual events is primarily aimed at late stage undergraduate or early stage postgraduate students who are studying a physical sciences subject. However, it is open to any attendees who wish to join if the subject matter is of interest to you! Please note though that many of the examples will be based around chemistry / physical sciences subject matter.